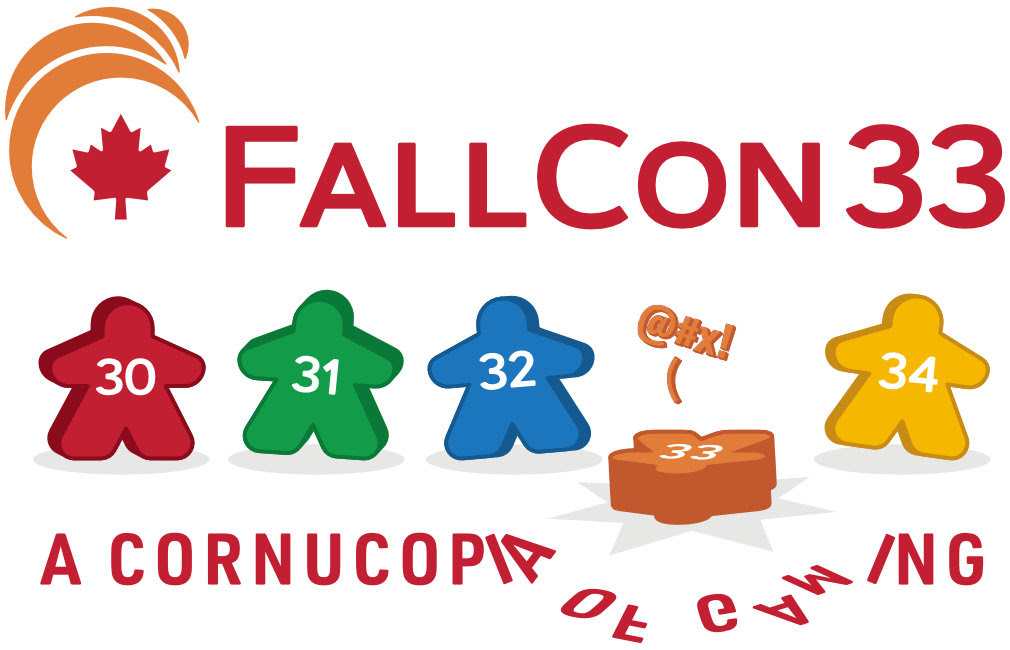 Here you can find a copy of the latest updates that we have sent out to attendees and sign up for our newsletter.

We know many of you have been waiting to hear if FallCon 33 will go ahead as planned in September. The pandemic has postponed your in-person gaming get-togethers, and like us, you've been waiting to see when larger gatherings will again be permitted. While Calgary is seeing the beginning of Stage One of relaunch, the Convention is not possible until Stage Three or later. With regret, we have to cancel the convention we had planned for September 25-27 at SAIT. We know it is tough news for our Con community. Please stay safe until we can game together again! We look forward to seeing you at the Convention in 2021.

Our FallCon 365 Meetups are currently suspended and will remain so until general gatherings without social distancing are permitted. Given the close proximity of players and the physical contact with common surfaces that boardgaming requires, it may be some time before Meetups can resume.

This online Convention is a fundraiser for Tabletop.Events, which is the boardgame-specific platform we use with the FallCon Convention. TTE took a significant financial hit as many of the small to mid-size conventions it supports were cancelled. In response, the North American convention community called for a fundraising effort to keep TTE alive. The result: An online gaming convention with over 570 games on all different gaming systems, including boardgame, videogame and rpgs, for only $2 USD.

We invite you to buy a badge, at whatever support level you are able, and to play games!
As an added bonus, anyone who supports the Con of Champions (your TTE profile will show a permanent badge) will get early-access signup for Hosted Events at the next FallCon Convention.

That's it for now. Stay safe. You can always keep in touch with us on Facebook.

Until we game again,